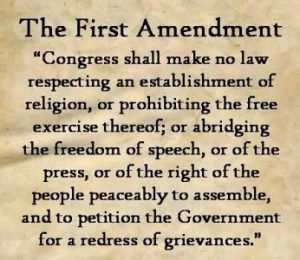 We continue to learn more about the recent massive breach of the First Amendment out in San Francisco, where, on May 10, police raided the home and newsroom of San Francisco freelance journalist Bryan Carmody.

As it turns out, a series of tweets coupled with a television news report set in motion the massive investigation into a leak of police documents that led to the raid on Carmody.

The tweets were used in tandem with a news report on KGO’s Saturday evening broadcast and a second report by competing outlet, FOX station KTVU (Channel 2), to build a case against Carmody that police ultimately used to seek and obtain a search warrant against the reporter.

In a conversation with the California Globe after his home was raided, Carmody said officers were trying to learn the identity of the person who gave him the report and threatened him with the possibility of a federal obstruction of justice charge if he did not cooperate.

Since his home was raided nearly two months ago, Carmody and his legal team have fought to have items seized through that raid and a similar one on his office returned, evidence obtained from various phones and other devices suppressed, and the warrants themselves unsealed.

The journalist was handed a victory in court last Thursday when one of the judges who issued a warrant against Carmody’s agreed to have the warrant tossed out and ordered police to destroy evidence obtained from it.