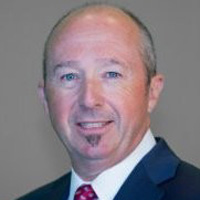 Jerry Brehm has been named Vice President and General Manager of Nexstar’s WTEN and will also oversee Nexstar’s relationship with Shield Media-owned WXXA in Albany, NY.

He’s been director of sales for the station and News10.com since 2015.

He’s already on the job, replacing Ron Romines who was promoted to Senior Vice President and Regional Manager of Nexstar Broadcasting, Inc.