Our 92-year-old mother had some choice words this week for Nexstar, which owns the CBS affiliate she was devoted to and which has been dark for….well, it’s a month now.

And with no end in sight, sweet ol’ mom let loose a string of invective.

She’s tired of it – a sentiment shared by many. 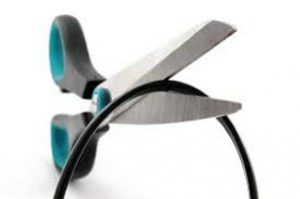 In fact, over the past year, AT&T lost 2.3 MILLION subscribers.

In the second quarter alone, AT&T is losing over 8,549 subscribers every single day.

AT&T blames the loss on “an increase in customers rolling off promotional discounts, competition and lower gross adds due to a focus on the long-term value customer base.”

No wonder they’re holding firm against Nexstar’s demand for a 100% increase in retransmission fees.

Those increases would be passed on to consumers weary of climbing cable and satellite bills and finding alternatives.

And consumers wait, until they find those alternatives to the news they used to watch on a local station.

And the question is, will they ever come back?

This is becoming an existential issue.