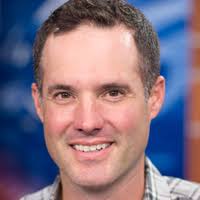 Pending all things working out as planned, Kern Dant will be the new GM of KLKN in Lincoln, NE

The station is currently in the process of being bought by Standard Media Group, one of the new outfits whose CEO is industry veteran Deb McDermott

Dant replaces Roger Moody, who previously announced his retirement from KLKN, to be effective upon the completion of the station’s sale from Citadel Communications.

Standard Media is also buying WLNE in Providence, RI from Citadel, a deal expected to close next month.