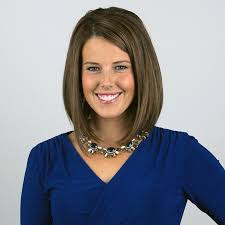 Fortner was with the station for four years, between 2012 and 2016 before leaving for sister station WCNC in Charlotte, NC.

From there she moved on to Hearst’s WYFF in Greenville, SC and most recently was working as an environmental specialist with Mecklenberg County, NC.

Before her first stint in Little Rock, she also worked at stations in Florida and Ohio

Fortner will appear regularly on “THV11 at Noon,” as well as in other various weather-related avenues at the station.