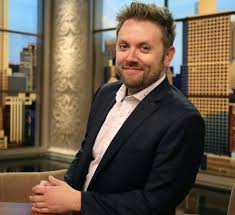 Matt Knutson, executive producer of “Windy City Live,” has been promoted to director of content innovation at Disney’s WLS.

He’ll supervise all local programming at the station.

“Throughout his tenure at ABC 7, Matt has been a source of innovation and has brought his creativity to every project in which he has been involved,” John Idler, president and general manager of WLS, said in a statement. “His hands-on ability to strategize around premium content across all of our platforms will serve him well in his new role.”

He came to WLS after six years at Tribune Media, where he worked as a producer at CLTV and as a supervising producer on “Chicago’s Best.”

Let the nationwide search for his successor begin.