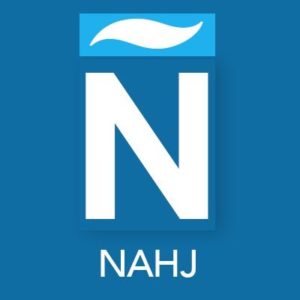 The National Association of Hispanic Journalists (NAHJ) is sending back a $16,666 sponsorship check  to Fox News and rescinding the invitation to Fox News to appear as a sponsor of the organization’s Excellence in Journalism conference next month in San Antonio.

The network’s repeated use  of “invasion” rhetoric when discussing immigration led the organization to give Fox the boot.

NAHJ president Hugo Balta writes that the decision was made following remarks made by Fox News Radio host Todd Starnes, who stated that America has “suffered” from the “invasion of a rampaging hoard of illegal aliens,” and claiming that most “illegal immigrants” are violent criminals.

“As a journalism organization, championing the fair and accurate treatment of Hispanics, Latinos in newsrooms and news coverage – we cannot allow others to shelf lies under the pretext of exercising their First Amendment right,” writes Balta, who is a senior producer at MSNBC.

Can you hear the opening monologues now?

Balta had been a coordinating producer at ESPN when he was elected NAHJ president in August 2012, and held previous leadership roles at MSNBC and at New York stations WNBC, WNJU, and WCBS.

“It is unfortunate the country’s main organization for Hispanic journalists has chosen to exclude FOX News from their upcoming convention,” Marsheila Hayes, Fox News’s vice president of diversity and inclusion, wrote in a statement. “As the leading news network in the country, we are committed to fostering a diverse and collaborative workplace environment, and have been recognized in the industry for our advancement in this area, most notably with our multimedia reporter program. We are proud of our inclusive team and their achievements in journalism.”

It would seem that Ms. Hayes tends to not watch her own network.

Today I am announcing the decision to rescind the invitation of Fox News as a sponsor for NAHJ at the upcoming Excellence In Journalism (EIJ19) conference in San Antonio next month.

Major news outlets have always held value in simply reporting the facts, without bias, in order for the public to then take those facts and form their own opinions and perspectives.

If the news is given to the public with an underlying opinion, it can influence the viewership to think in the same way. Bias, or unfair prejudice in favor of or against one thing, person, or group, can influence a news story in subtle ways, such as in the language used.

It is important that news organizations do not use or give a platform to slanted jargon disguised as opinion that misconstrues the facts.

Language that instills a certain feeling, such as fear or distaste, can give the debate, discussion, and story a negative underlying tone that persuades the audience to experience a feeling of fear or hate.

My decision comes following the remarks of Fox News Radio Host, Todd Starnes. Starnes, justifies his prejudiced language directed against Latino immigrants as opinionated commentary. Starnes unapologetically states that America has “suffered” from the “invasion of a rampaging hoard of illegal aliens”, claiming that most “illegal immigrants” are violent criminals as well as casually using a reference for their immigration to the United States with the Nazis invading France and Western Europe in World War II.

Starnes comments came less than two weeks after the mass shooting in El Paso, not only used the words of the suspected gunman such as “invasion”, tired slurs illegal aliens, illegals…but likened immigrants to Nazis.

Starnes brazen language is symptomatic of a culture that provides a megaphone for disinformation by those in power with agendas, including the Trump administration at the cost of the most vulnerable – immigrant communities.

While alarming, the situation with Starnes is not an isolated incident and follows years of ongoing NAHJ conversations with Fox News and recent meetings with management.

The latest “regret” by Fox News is one of many where the immigrant community and by association, all Hispanics and Latinos, have been demonized by voices with high visibility due to there being little to no consequences by management.

As a journalism organization, championing the fair and accurate treatment of Hispanics, Latinos in newsrooms and news coverage – we cannot allow others to “shelf” lies under the pretext of exercising their First Amendment right.

It is the irresponsible use of words that we’ve seen this past year like army and invasion, that quickly turn from biased opinion into policy that criminalizes a community and broadens the national divide incited by the President’s incessant negative rhetoric.

The line between commentary and journalism was crossed long ago by Fox News and is no longer even in sight.

To accept financial support from an entity that perpetuates the spread of disinformation to the public about the Hispanic and Latino community risks the integrity and credibility of NAHJ’s 35 year mission.

To sit silently by is, in essence to be complicit in the act itself.

Due to the passive action and insincerity to ongoing conversations, NAHJ will return the $16,666 to the Fox News organization.

I asked our co-conference partners the Society of Professional Journalists (SPJ) and the Radio Television Digital News Association (RTDNA) to join NAHJ in returning their $16,666 share of the $50K sponsorship dollars, but they refused opting instead to give Fox News a larger platform to discuss what they label as a “teachable moment.”

The decision by NAHJ is directed to Fox News management and in no way towards NAHJ members employed by the media company. Our association will continue to support our members in development, training and career opportunities.

As we approach a year until the 2020 presidential election, journalism is more important than ever and providing the public with information that informs and empowers them is crucial.

I will continue to engage Fox News management in the hope of improving conditions, which afforded Starnes the license to use his program to sustain and cultivate fear. When they demonstrate real change and a true sincerity for their partnership with our association, we will revisit discussions of future financial support and sponsorship.

Soon after the mass shooting in El Paso, like so many families and parents, I had a conversation with my wife and children about the tragedy. My 16-year old daughter and 13-year old son asked me if we should stop speaking Spanish in public for fear of being a target. I lied to them.

I am the proud son of Immigrant parents from Peru, loving husband to a naturalized U.S. Citizen from Colombia. We chose to raise our children to be bilingual, bicultural. But, I am not always going to be with them to protect them.

I lied when I said they shouldn’t be afraid and defiantly told them we are not going to stop conversing with one another in Spanish in public. I lied. I am afraid.

Thank you to the national board, NAHJ staff and our membership community for your ongoing support.

And you wonder what the big topic would be in the coming weeks on Fox prime time and the morning Kurvy Kouch Krowd?