Another former news exec is heading a somewhat different direction. 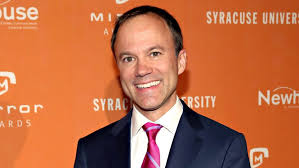 David Rhodes, former president of CBS News who left back in January to seek “other opportunities,” has signed on with music streaming service Spotify to consult them on a strategy for news-focused original audio programming (aka podcasts).

Rhodes left CBS News after eight years as the division was immersed in turmoil over sexual misconduct allegations against former CBS chairman and CEO Les Moonves and former “CBS This Morning” anchor Charlie Rose, as well as declining ratings for its news programs.

Rhodes has also worked at Fox News and Bloomberg.

Spotify plans a significant presence in the podcasting world, recently buying up Gimlet Media, Anchor and Parcast after telling investors it would spend upwards of $500 million on M&A in the space in 2019.