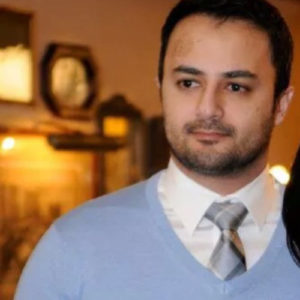 Houston blogger Mike McGuff reported over the weekend that the Houston social media community was rocking with the news that  KTRK assistant news director Rehan Aslam has been named the Disney station’s  new news director.

A press release then made all the noise official:
KTRK-TV announced today Rehan Aslam has been named the station’s Vice President, News Director overseeing Broadcast and Digital content.

“When Rehan joined KTRK 5 years ago as Assistant News Director, I knew we had found the kind of leader who believes in total motivation and achieving excellence by lifting people up, not tearing them down.” said Wendy Granato, KTRK President &

General Manager. “ Rehan leads teams by listening, including, and settling for nothing less than our very best. Rehan also knows what it means to be a fighter. How to fight to stay on top. Fighting to find ways to do things better. Fighting to serve our diverse

audience and community. I am confident that Rehan’s plans for the future will help us solidify our place as Houston’s News Leader and I look forward to this great new era at ABC/13.”

Rehan began his television news career in Cleveland, Ohio, working at both WJW Fox 8 and WEWS as a producer. Rehan was also Executive Producer at Fox 32/WFLD in Chicago before moving to Houston in 2014 to join KTRK as Assistant News Director.

“Houston is home and KTRK ABC13 is the city’s news leader. I am so honored for this new role and responsibility. I am very excited to work alongside my colleagues in one of the country’s top newsrooms. We will continue seeking and creating innovative ways to serve Houston’s diverse communities with content on all of our platforms. We have a responsibility to provide stories that are relevant and meaningful, while also providing information that keeps our viewers safe. I am very excited for the direction we are going and what we collectively will come up with next.”

Rehan is a member of the Disney Owned Television Station’s Diversity and Inclusion Committee. He is a 2009 Peabody Award winner for his work on the Derrion Albert story in Chicago.

A native of Northwest Pennsylvania, Rehan and his wife Sadaf are the proud parents of 7 year old son, Rafae. In his spare time, Rehan loves golfing and spending time with his family and friends. Rehan is also a diehard Marvel movie fan and is counting down the days until the launch of Disney+.

Aslam came to KTRK back in 2014 from WFLD in Chicago to be Granato’s number two.

Longtime GM Henry Florsheim retired from the news business after 22 years with KTRK.