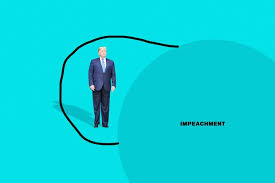 The current impeachment drama currently playing out in Washington is unlike anything we’ve ever seen before.

That’s because this will be the first-ever social media impeachment.

Those who, fondly or not, remember the blanket coverage of impeachment planning and proceedings of Richard Nixon and Bill Clinton will likely be those most gobsmacked by the avalanche of coverage we are sure to see.

“This will be the first impeachment inquiry of the digital age,” said CNN Washington Bureau Chief and Senior Vice President Sam Feist. “It’s a very different media environment. Each era brings a different type of coverage.”

When the impeachment inquiry into the Watergate scandal that ultimately ended Richard Nixon’s presidency commenced in 1973, the country only had three TV networks — ABC, NBC and CBS. In an unprecedented move, they agreed to rotate live daytime coverage of the first wave of impeachment hearings.

The 1998 impeachment case against President Clinton came amid the rise of cable news. CNN was entrenched as the go-to place for continuous coverage while Fox News and MSNBC were still in their nascent days.

You could say that the Clinton impeachment helped make Fox News in that the network provided the red meat that conservative viewers didn’t feel was being served up by CNN.

Today, all of the broadcast and cable outfits are deep into planning for coverage of impeachment proceedings.

Cable subscribers will be able to stream Fox News, MSNBC, CNN and the nonprofit service C-SPAN on their laptops or phones during the day.

There is also a herd of other streaming services that will undoubtedly offer up coverage – both free and subscriber-based – of the inevitable circus.

Expect the cable and streamers to go wall-to-wall, while the broadcast networks will pick and choose what to cover gavel-to-gavel.

That most likely depends on the profile of whoever is testifying – the still-unnamed whistleblower or Rudolph Giuliani will be must-covers, for sure.

And broadcast news, despite all the hype about cable news and its impact, still has the juice to actually raise the public awareness of what is going on.

Mark Lukasiewicz, dean of the Lawrence Herbert School of Communication at Hofstra University, said while cable news is the day-to-day driver of the impeachment story, broadcast network TV exposure still has the power to elevate its importance in the public’s consciousness.

“A lot of this is confined to the cable news sphere and while that is a big and growing audience, it is largely a politically interested audience,” Lukasiewicz said. “I think that changes when the broadcast networks bring their audiences to bear, particularly when you get into a roadblocking situation and all the networks are showing the same thing at the same time. It does make a statement.”

Stress-inducing for the rest.

If the impeachment story escalates, there is also potential for historic viewing levels.

Nixon’s 1974 resignation was watched by 60.3% of all U.S. homes with television according to Nielsen, and had an estimated audience of 110 million viewers, which at the time was only topped by the 125 million viewers who watched the Apollo 11 landing on the moon.

But in 1998, viewer interest in the Clinton impeachment hearings — which led to an acquittal in a Senate trial — faded over time, as many people in the country were turned off by the idea of a president being removed from office for lying under oath about his personal behavior.