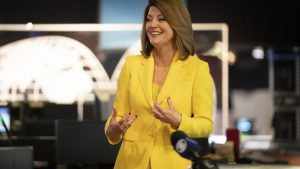 That move by Norah O’Donnell from New York to the Nation’s Capital is supposed to be in a matter of weeks – maybe November.

But there is still no exact date for rolling out “The CBS Evening News” in its new Beltway digs.

That’s because a shiny new “state-of-the-art” studio is being built for the program and there’s still a bit of work to be completed.

We’re sure that since newly-hired executive producer Jay Shaylor has already departed CNN, he’s spending his days overseeing the completion of the studio.

And isn’t it fortuitous timing for the newscast to be moving, given all that has been happening in Washington lately?