Three years is starting to look like a long time in the turnover-prone world of tv news, but when youthink about it, it’s pretty much the life of the average contract.

So one cycle and out. 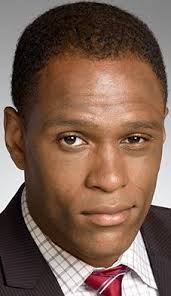 That appears to be the case with Dakarai Turner, now a FORMER general assignment reporter at Fox-owned WFLD in Chicago, IL.

Turner was once an intern at the station, once upton a time.

No word yet on a replacement.