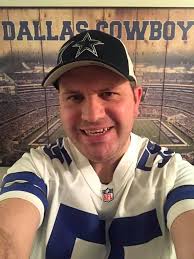 Five years + is enough for Dallas MMJ Tim Ciesco and he is taking leave of NBC-owned KXAS and the business altogether.

According to Uncle Barky, Ciesco, who has been shooting, editing and reporting his stories since January 2014, is joining the Arlington Police Department’s “media team” once he wraps things up at the station on October 13.