Hearst Television, with 26 TV markets reaching into 39 states, will for the first time extend its television and digital news coverage of election discourse to every state for the 2020 campaign season. 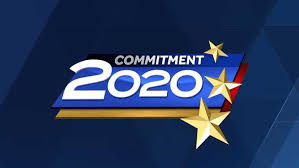 Hearst plans to deploy reporters from its recently-expanded DC bureau alongside local reporters to cover the political discourse in all 50 states under the franchise banner “Commitment 2020.”

And the best part (for us anyway) is that Hearst will launch a collaboration with FactCheck.org, a project of The Annenberg Public Policy Center of the University of Pennsylvania, as part of Hearst Television’s effort to identify misinformation and to ensure news consumers get the facts.

Hearst also promises to devote deep reporting to election security, among other issues, using the resources of the group’s National Investigative Unit, which is based at its Washington bureau.

We’ll be watching with interest.