November approaches so that likely explains how Scripps’ WEWS in Cleveland has latched onto the “medical debt erasure” story just in time for sweeps. 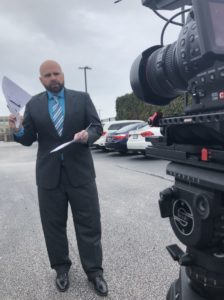 Investigative reporter Jonathan Walsh is fronting this latest version of the story that the station is calling “Diagnosis Debt.”

We’ve covered other stations’ efforts in this area over the past year and a half….here in Salt Lake City, here in Orlando, and here in Seattle.

To recap, the effort is partnership between a local station and RIP Medical Debt, a national nonprofit that to date has squashed $715 million in medical debt for around 240,000 Americans, so we’re told.

And while we think the whole idea is laudable, we do find a certain crassness in mounting these efforts as sweeps stunts.

So applause for WEWS for helping about 800 local residents wipe out $1.5 million  in medical debt.

But it’s a problem year-round for many – not just for a ratings month.