A nationwide search is underway for a reporter with a very special background. 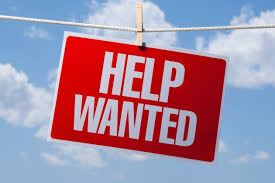 Circle City’s recently acquired duopoly WISH-WNDY in Indianapolis, IN is casting a wide net to find what it says will be the  state’s first-ever television reporter dedicated exclusively to covering multicultural issues within the Indiana community.

It’s an interesting initiative from a station that has long been a powerhouse in the market.

“Our new reporter will share previously untold stories of the many distinct cultures and ethnic groups who make up our ever-growing, diverse community,” said station vp/gm Randy Ingram. “This dedicated focus to multicultural reporting will give a voice to the communities, traditions, and issues currently not being covered by other Indiana television stations.”

The proposed WISH multicultural reporter will focus on news and issues of concern to women, millennials, Hispanics and Latinos, African Americans, Asian Americans, Middle Eastern Americans, Native Americans, and the LGBTQ community, to name a few.

“In a city where nearly 45% of the population is non-white and just over half are women, responsible reporting must seek out voices that are representative of our city’s diversity and reflective of our community,” Mayor Joe Hogsett said. “I am happy to see that it is locally-owned and operated WISH-TV who is first in our state to have a dedicated reporter for iss

Bring on the resumes.