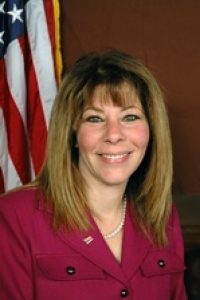 “I was very disappointed to learn of Representative Costa’s firing by ABC6 due to her decision to serve as Chair of President Trump’s RI Reelection Campaign,” said Bill Lynch, the former chairman of the state Democratic Party, who currently serves as a special advisor to the state party.

Costa is also a former state representative who was hired by the station back in January.

Lynch said that while he disagrees with Costa’s politics and opposes Trump, “our country and our ‘political system’ are founded on the basic premise that people must be free to support and express themselves politically without fear of retribution or reprisal. While Representative Costa and I may not agree on much, we do agree that people of every political persuasion should be able to practice their personal political beliefs without being punished or suffer retribution from an employer simply because of one’s political beliefs or political affiliation.”

In an interview this week, Costa said she had been warned a week before accepting the unpaid position with the Trump campaign that it would lead to her firing.

She said that ultimately she was fired about an hour before the campaign announced her role.

Costa said her professional career has focused on selling advertising since 2008.

During her brief tenure with the station, she said she worked “extraordinarily hard,” sold advertising and was praised for her sales work as recently as last week.

She described the situation as a “First Amendment issue,” and when asked how she would respond to her termination, said “stay tuned.”

WLNE GM Tina Marie Castano, declined to comment on the situation Tuesday, saying she could not comment on personnel matters.

We’re gonna lay a bet here that a key selling point in Costa’s hiring back in January was that her past activity and ongoing connections in GOP political circles would give the station an inside track on political ad revenue.

But we are pretty sure that the station rolled the dice on hiring someone with a  history of political activism – and now finds itself in a PR mess.