We are far from being a fan of the digital argument clinic known as Twitter and its Founder/CEO Jack Dorsey, but we have to give him props for this week’s decision to ban ALL political advertising from the platform.

“We considered stopping only candidate ads,” he said, “but issue ads present a way to circumvent. Additionally, it isn’t fair for everyone but candidates to buy ads for issues they want to push. So we’re stopping these too.”

We’re not completely buying into a laudatory motive behind Dorsey’s decision. 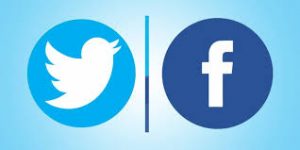 Simply trying to avoid the sh*tstorm that engulfed all of social media after the 2016 election and the sketchy political ads that inundated ALL platforms is enough of a motive for this corporate decision.

But Dorsey’s announcement can also be seen as a shot across the bow of the Zuckerberg empire which happily runs ads from all sources – fact-free content is most welcome as long as the checks don’t bounce.

Jessica González, VP of strategy and senior counsel at Free Press and Change the Terms co-founder, said: “It’s encouraging to see Twitter break ranks in Silicon Valley and attempt to stop exploitative political actors from endangering lives, spreading misinformation, and suppressing democracy. Twitter’s decision is not a comprehensive or long-term solution to address online hate, but the move is a step ahead of Facebook. [Facebook CEO] Mark Zuckerberg should end his platform’s misguided free pass for politicians at the expense of public safety.”

“We respect Twitter’s decision to take a pause from running political advertising, recognizing that such ads on social media can have powerful distorting effects on public discourse,” said Pen America CEO Suzanne Nossel. “As a private platform, it is reasonable for Twitter to take the time to figure out whether and how the manifest ill consequences of micro-targeted ads can be mitigated. While political ads represent an important part of our democratic discourse, online advertising methods pose unique concerns that lawmakers, companies, and civil society are only beginning to understand, much less address.”

We won’t hold our breath to see if Facebook revisits its decision to simply place the ads with no oversight.

And, living in a state that is up for grabs in 2020, we’re already seeing political ads infest our local airwaves.

We have yet to see one containing anything approaching the truth.

Facebook and local television owe viewers a moral obligation to vet the commercials we will be flooded with in the next year.

If they don’t, it is not because of an alligator tear-stained devotion to the First Amendment.

It is greed, pure and simple