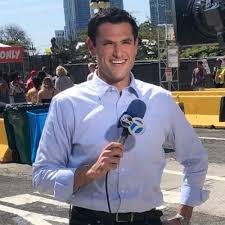 WLS wunderkind reporter Jesse Kirsch, who was hired straight out of Northwestern University’s Medill School of Journalism as the Disney O&O’s first digital reporter in 2017, has been promoted to general assignment reporter.

Several of his stories have been picked up by ABC News.

“Jesse has done a terrific job for us and has made impressive contributions on all of [our] platforms,” said Jennifer Graves, vice president of news at the Chicago station.