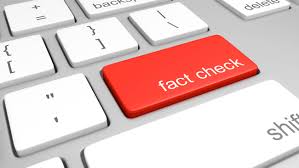 In this election year, when an avalanche of political information will be cascading from online into newsrooms across the country, we hope that more local station groups follow the Tegna example to try and separate the wheat from the chaff.

And the truth from the bs.

Tegna is partnering with First Draft, a non profit that trains journalists and academics to identify false information online to work with editorial staffers in its 49 local newsrooms to bolster the quality of reporting it provides its various audiences.

“Fewer than 15 percent of U.S. journalists at regional and national publications can verify misinformation online; we’re aiming to increase that number this year,” said Claire Wardle, U.S. director of First Draft, in a statement. “We are thrilled and humbled that Tegna has made a commitment to use First Draft protocols to train every single journalist at its stations across the U.S. We hope more newsrooms can join us for our trainings to ensure as many journalists are prepared for 2020 and beyond.”

Tegna also said it would expand Verify, a fact-checking initiative being undertaken by staffers at its local stations, by adding additional regional fact-checkers to authenticate topics and news submitted by viewers.

In a year when we can expect an overwhelming amount of sewage to flow across the Internet, it is critically important that newsrooms be trained in filtering out the falsehoods and stick with the facts.

So we say bravo to Tegna for this initiative, ask when others will follow and suggest that the effort to stick to the facts be extended to the political ads that will flood every tv station in 2020. (see preceding story)