Isn’t it enough that we already have an overabundance of doctors and judges of inflated credentials filling the tv airwaves?

Do we really need them to cross over into politics?

Face it, if these guys were really good at their professions, they wouldn’t be on tv. 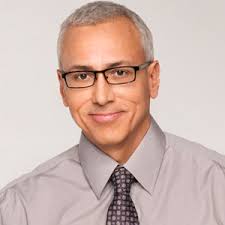 But now we have Dr. Drew (He has a last name. It’s Pinsky) talking about a potential congressional run in Southern California.

His medical specialty is treating addiction.

His overall specialty appears to be self-promotion, even at the expense of any credibility he might possess as a tv celebrity.

The doctor claims that people come up to him all the time in his hometown of Pasadena, CA and implore him to run for office – Mayor, Congress, governor…anything.

And he says he observed so much in his Southern California community that needs to be addressed – homelessness and drug addiction among the issues.

Then comes the groin kick to his credibility.

It just occurred to him who his Congressman is after two decades.

Where has he been?

While his core issues would be infrastructure, tackling homelessness and aiding the chronically mentally ill, Pinsky makes clear he would be a reluctant candidate.

“Believe me, I don’t want to,” he says of a possible run for Congress.

“I’d have to change my whole life, and I’m not really prepared to do that just yet,” the father of three adds.

Oh, so now it’s a self-sacrificing calling he is burdened with?

Spare us and yourself, Dr. Drew.