Now that Fox News Channel has evidently failed to unquestioningly support, Mr. Trump’s Administration (certain day parts excepted), his supporters are said to be looking for an outlet more willing to serve as a mouthpiece. 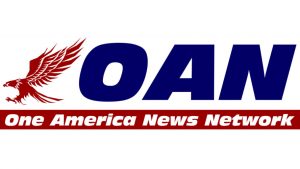 According to the “Wall Street Journal,” Hicks Equity Partners, an investment firm owned by the family of Republican National Committee chairman Thomas Hicks Jr., is courting other GOP donors to buy One America News Network.

The Journal said the deal is valued at $250 million.

The buyout report comes at a time when Mr. Trump has been increasingly critical of Fox News and its coverage, despite the network being the home of some of his staunchest supporters.

Among other things the prospective buyers are said to be seeking is wall-to-wall, and uncritical, coverage of Mr. Trump’s taxpayer-funded political rallies.