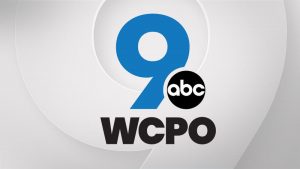 Since it was a “soft launch” with no hype – just a quiet introduction – not many noticed.

According to Senior Director of Local News Content (we used to call them news directors) Mike Canan:

Our new policy is to generally only use mug shots in the following situations:

We made this change to our policy for two primary reasons: the potential for mug shots to reinforce racial stereotypes and suspects that don’t meet the above criteria can be haunted for years after their mug shot is published/aired for a minor crime.

It is a terrific idea and one worth considering.

The station implemented the new policy last September, but it wasn’t until January that the station discussed it and the reasoning behind it.

Judging by the social media reaction to the column and the policy it explained, Twitter responders were more positive while on Facebook it was an even split.

If you implement it, be prepared for some interesting feedback.

One man left me a voicemail.

He said that if the mug shots were not included he would not be watching us anymore.

I tried to call him back but never reached him.

If I did, I would have asked him if he had noticed that we had been following this policy for the last three months.

We’ll bet a dozen donuts to one he didn’t.