The death of non-compete agreements in the state of Utah has opened the door to allow talents to shop their abilities elsewhere and not have to take an unwelcome time-out on the bench. 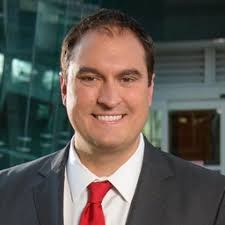 The latest is Matt Gephardt, one of Salt Lake City’s highest-profile reporters, specializing in consumer stories.

Back in December, he announced his intention to leave Sinclair’s KUTV, reportedly one of several staffers unhappy with Sinclair’s style of television news and station management.

At the time, he shrugged any speculation about his future, saying he had no idea where he would end up.

Well, kids, to no one’s real surprise, he’s ending up at KSL, the LDS-owned television station in the market.

He evidently finds romance in the notion.

In a story by KSL, Gephardt said, “There is something really, really romantic about doing local news for a company that is locally owned. That is very rare in this industry, and it’s really appealing.”

But we get you.

He’ll be part of the station’s investigative unit, but at this point it isn’t known if he’ll be bringing the “Get Gephardt” brand with him.

That was how he was presented at KUTV, in a role he took over from his father, Bill Gephardt, back in 2010.