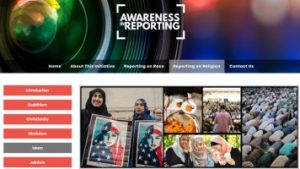 And while the NAB’s tool is helpful in outlining each of the world’s major religions, we think we have a more helpful guideline for reporters in the United States finding themselves covering religious issues.

Just as there are more religious creeds present in significant number in this country apart from Christianity, there are a variety of viewpoints in the Christian arena.

So we would be pleased, although somewhat surprised, to have reporters, both national and local, going outside their comfort zones and, in addition to the Pat Robertsons, Jerry Falwell, Jrs. and Franklin Graham’s, the coverage of the religious aspects of certain issues would also include Rev. Jim Wallis, Rev. William Barber II and Rev. John Pavlovitz.

Granted, the three we first mentioned are fairly adept at drawing attention to themselves and their positions as absolvers-in-chief for this Administration.

But the three latter gentlemen arguably serve a constituency every bit as large as that claimed by Messrs. Robertson, Falwell and Graham.

And their perspectives would be quite a contrast.