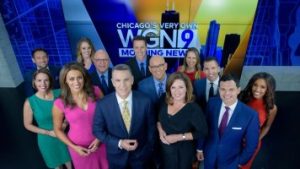 Larry Potash, Robin Baumgarten from Chicago’s “WGN Morning News” will be joined by the rest of the AM gang when they host a primetime special from 7 to 9 p.m. this Wednesday on the Tribune station.

We hear that plans include Billy Corgan joining Ana Belaval with fans for a new Smashing Pumpkins album listening party on location at Adler Planetarium. (Isn’t Smashing Pumpkins these days Corgan and whoever he hires?)

Here is the link for tickets.

Tom Skilling, WGN’s chief meteorologist, is expected to make a guest appearance on the special because, you know, prime time is no time without Skilling on WGN.