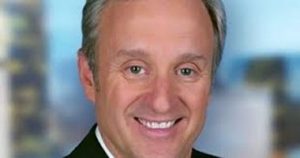 Veteran Indianapolis anchor John Stehr puts a cap on one phase of his long career this Friday, when he anchors his final newscast in Dispatch’s WTHR in Indianapolis after 23 years.

Stehr first announced his retirement in June, but the cancer battle of his co-anchor Andrea Morehead for him to temporarily shelve his plans.

He is slated to be a regular contributor for the station’s community events and special coverage such as the 500 Festival, the Indianapolis 500 and WTHR’s annual broadcast of the Circle of Lights celebration in November.

Is cake served at semi-retirements?