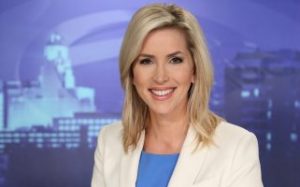 Three years after she blew into  Buffalo’s WIVB from Toronto as the station’s new primary female anchor, Ashley Rowe plans to stick around.

She just signed a new 3-year deal at the Nexstar station.

Meeting, falling in love with and marrying a local businessman in the past year certainly helped cement her desire to stay in the area.

Rowe was born to Canadian parents in Los Angeles and is a dual citizen of the United States and Canada.

She arrived at Channel 7 after working as a broadcaster in Canada for several years.