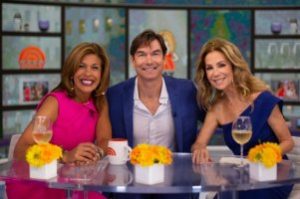 O’Connell, also known as the guy who plays Sheldon Cooper’s brother on “The Big Bang Theory” and a star of “Stand By Me” along with a slew of roles in both tv and movies, figures he’s perfect.

“Officially, I have not heard anything. I love that format. I love Hoda. Hoda is an infectious, beautiful soul. It’s such an exciting time in her life. It would be an honor for anyone who gets to be there with her.”

Consider him a dark horse candidate.

Jenna Bush Hager is the favorite to take over Gifford’s role when she departs next April.