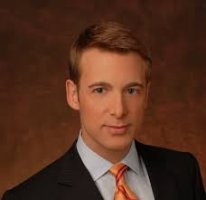 With much fanfare, CBS News trumpeted its bolstered coverage of the White House with the assignment of Ben Tracy as still another White House correspondent.

But the lead was buried (for us, anyway) at the end of the press release dutifully reported by many outlets.

Major Garrett will no longer have the title of chief White House correspondent – a title he had held since 2012.

He will continue in his role as CBS News’ chief Washington correspondent, reporting on all things Washington.

He was named to this particular role in December 2018 after it had been vacated by John Dickerson when he moved to New York to become “CBS This Morning” co-host at the start of 2018.

Is that the best use of someone of Garrett’s abilities?

Asking for a friend, that’s all.