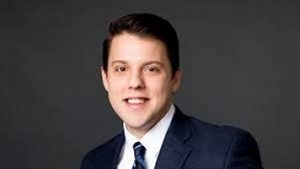 It’s an in-house transfer for reporter Sebastian Robertson as he heads for Tegna’s KING in Seattle from sister station WFAA in Dallas.

He’s been at WFAA since 2013, coming there from the Austin, TX Time-Warner cable operation.

“The move will allow me to report for the legacy station I watched growing up and for the first time live in the same market as my family,” Robertson said in a Facebook post. “I am leaving Dallas a better journalist because of the staff I worked alongside.”