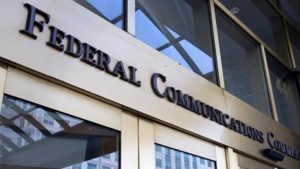 So let’s see if we got this straight – according to the investment bankers who pass for broadcasters these, if you eliminated the tv station ownership cap, competition would thrive.

Using that logic, if every car dealership in your town were owned by the same company, you would get better deals.

If you had one grocery chain in your town, prices would plunge.

The National Association of Broadcasters, Nexstar Media Group Inc., Tegna, Gray Television Inc., and other companies are pushing the Federal Communications Commission to eliminate a decades-old rule banning companies from owning more than one, top-four-rated station in the same market.

It certainly is no surprise that Nexstar and Tegna would be parties to this kind of skewed logic.

Nor is the NAB a surprise.

We kind of expected better from Gray.

One the other hand….
“The FCC has consistently failed to examine race and gender diversity when it comes to broadcast ownership,” said Yosef Getachew, director of Media and Democracy Program for Common Cause. “Without properly assessing the impact of ownership diversity, the FCC has abandoned many of its media ownership rules, which will result in more consolidation and fewer diverse and independent voices in the marketplace. The elimination of media ownership rules will also harm localism and competition—values the Commission is statutorily obligated to uphold

The Pai-led FCC kneecapped the ownership rules two years ago.

And that’s all we have to say about This Week’s Really Bad Idea.