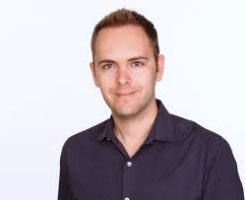 Since we have been following the work of Daniel Dale both in print and on social media for the past few years, we were very interested in his hire away from the “Toronto Star” by CNN.

Dale’s specialty is fact-checking, so you can imagine he’s been a very busy fellow indeed as the Washington-based correspondent for the newspaper.

His work has made him one of Canada’s most well-known and respected journalists.

Dale, who’s been the paper’s DC Bureau chief for the past 11 years, says of his new job at CNN that he will be “on the truth beat full-time… dissecting dishonesty from Trump, Democratic candidates, and others.”

“For the last three years, I’ve done most of the fact-checking on my ‘own’ time, weekends and nights, while trying to do my actual correspondent job during the day. Now the truth file will be my full-time focus,” said Dale.

Indeed, we did note early on that Dale was incredibly diligent in stripping away the “misstatements” of the 2016 campaign while far too many other reporters were busy doing stenography.

Now the question is – will CNN allow him the latitude to continue doing what he has been doing so well and give him the platform he has earned or will they relegate him to being another face on their endless parade of gaseous panels of bloviators.