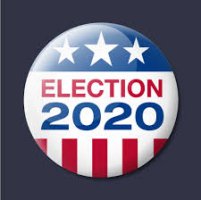 We think it can be generally acknowledged that the coverage of the last election was pretty awful.

Will the MSM make the same mistakes again?

(Hint: Early signs indicate that some individuals are certainly trying to)

But we are assured by some of the suits, anyway, that the inaccurate assumptions that drove flawed coverage of the last presidential election will not happen again, if the network front offices have their way.

At a conference on “The Future of News” sponsored by the Financial Times, NBC News President Noah Oppenheim, sitting alongside his counterparts – CBS’ Susan Zirinsky and ABC’s James Goldston, declared  “It’s all about those journalists on the ground, telling the story from the ground up.”

Zirinsky added: “I feel that in this election, our job is to reveal America to itself.”

And what, exactly, does the hell that mean?

With any luck, it means that the networks, instead of treating local newsrooms like handmaidens when they bigfoot their way into town, will see those local newsrooms as a potential source of information, background and breaking news during the unending campaign already underway.

For instance, since April of last year, “Meet the Press” moderator ChuckTodd has been conducting meetings with executives and politics experts from stations around the country, starting with NBC affiliates from different ownership groups but now focusing on individual states.

He sees the relationship as a two-way proposition, offering to share resources like a tool that measures campaign spending in any media market. “I’ll share that with any NBC affiliate that wants to track what money is being spent locally. That’s how network-local affiliate partnership should work, right? I can afford to do something on a national scale. And the local affiliates can benefit from it. So these are the little things that we’re trying to do to build some trust, rebuild some trust.”

Caitlin Conant, Political Director at CBS News says. “I want to make sure that we’re in as many places as we can be, so that we’re not only covering the horse race, but we’re talking to voters, and we are making sure that we’re not missing the issues that matter to them. And the last election just taught us that things are unpredictable. We have to be flexible. And we have to rely on our eyes and ears on the ground, because DC and New York can be very much a bubble.”

Rick Klein, Conant’s counterpart at ABC News, also knows that happens when one “assumes” something.

“I’ve repeated a phrase over and over again to my team since 2016,” he says, “which is to ‘embrace the uncertainty.’ It’s critically important that we think about what we don’t know. And a big piece of that is working with our local reporters. That’s a big strength that the networks have: newsrooms that are actually in the communities all around the country.”
Klein has regular conference calls with news directors from ABC O-and-O’s and affiliates, who give him feedback on ABC’s coverage and tip him off to critical local issues.

Now if only cable news will try the same thing.