Look who is ‘looking out for you” by launching something aimed at one of her personal anxieties. 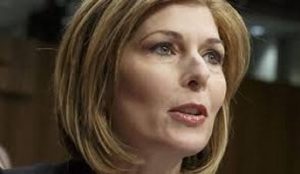 The goal of said WCP is to make additional information that is censored on Wikipedia available elsewhere.

The Sinclair tv host wants you to help correct what she feels are the many errors of Wikipedia – errors that she believes are intentional and the result of censorship.

Her sole example of Wikipedia’s alleged perfidiousness is referring us to the Wikipedia bio she wishes she had vs. the Wikipedia page that actually exists.

How can you take part in the Wikipedia Correction Project? she asks.

Submit one of the following:

An entire Wikipedia-style page you’re written on a biography or topic.

A section or sections that include(s) only the material that’s been excluded from Wikipedia.

Note: You may include explanation(s) as to what you believe is incorrect or unfair about the Wikipedia page in question, and attempts to amend it; but you do not have to.

Because evidently, Sinclair is not paying enough.