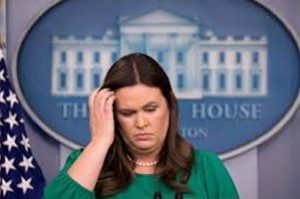 The guessing game is already well underway as to who will replace Sarah Sanders?

We know this much – despite their bantering, it won’t be Sean Hannity or Laura Ingraham.

Crappy pay being the principal reason.

Secondly, why relinquish their current positions where they can continue to be more powerful press agents for the Tweeter-in-Chief?

Depending on who you’re reading or watching, there are four or five top candidates to replace Sanders.

Among them  A current CNN(!) contributor, and two former Fox News employees. 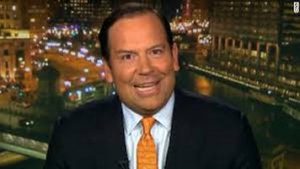 Steve Cortes, who is on the president’s Hispanic Advisory Council and is a CNN contributor/Trump surrogate, is expected to be vetted — again — for press secretary.

He’s been down this road before.

Trump, in an interview on Fox News Channel’s “Fox & Friends,” said a lot of people want the job.