With the sale of WBNS to Tegna, as announced last week, Columbus, Ohio finds itself down to  one locally-owned tv station.

Sad, but quite honestly, you have to look far and wide to find a market that ISN’T dominated by corporate-owned television.

But this evidently is coming as a shock to some folks in Columbus, who have reliably assumed that the Wolfe family, through Dispatch, would always own their blowtorch flagship.

They should have taken the hint when the Wolfes unloaded the “Columbus Dispatch” on to Gatehouse a few years back. 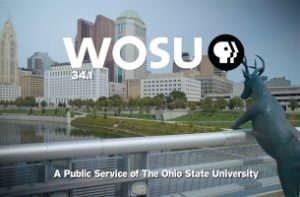 So on the occasion of the passing of local ownership of commercial broadcast stations in the Columbus, OH, WOSU, the Ohio State public station, did a not-so-little humblebrag about being the last locally-owned tv station in the market.

Which is just fine, if we could find a regularly-scheduled LOCAL newscast on the schedule.

With [the loss of local television ownership] comes the [station’s] responsibility to cover central Ohio with news, arts, cultural and educational programming even more comprehensively than we do today.  To accomplish that, as a noncommercial, nonprofit station, we must turn to the public for assistance or find other means.

We have nothing against public broadcasting.

In fact, we love it.

But we do think that if they took the “local issue” thing really seriously, most, if not all, would have entered the daily news grind by now –to fill a void left by over-consulted, corporate-owned stations.