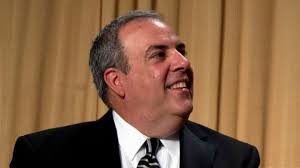 After a little more than a year on the job, Michael Clemente is out as CEO of Newsmax TV.

Clemente, a former Fox News and longtime ABC News executive and producer who became Newsmax TV CEO in the spring of 2018, will be returning to his prior role as a consultant.

Newsmax is a right-wing outlet frequently in step with President Donald Trump  and was launched in 2014.

It is run by Chris Ruddy, a friend of Mr. Trump’s, who had confounded critics in the past with actions like a $1 million contribution to the Clinton Foundation.

When asked whether he was ousted, Clemente said: “It was a mutual decision.”

According to Mediaite, Newsmax has struggled in its core mission — that is, to chip away at the Fox News audience and build up a significant viewership of its own — during the Trump era.

Prior to Clemente’s arrival, it was reported that Newsmax’s coverage of Trump’s first State of the Union address — featuring commentary by Bill O’Reilly — drew a paltry 11,000 viewers in January 2018 compared to 11 MILLION for Fox.

Clemente wants us all to know he is strongly committed to the success of Newsmax and will be an active consultant with the media company.