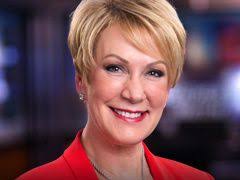 For more than 30 years, Sally Severson has been delivering the wake-up weather to Milwaukee tv news viewers of Hearst’s WISN.

Late in August, she’ll step away from the weekday mornings, but will continue doing the midday weather segments.

Then, sometime next year, she will retire altogether.

No date announced yet, but the good-bye tour will likely be awesome.

She’ll be replaced on the morning shift by the station’s current weekend nighttime meteorologist and the poor guy who does weekend mornings will get to take on the weekend nights as well – for now, we’re told.