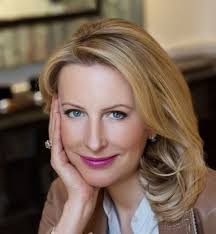 Ward is the best-selling author of (take a deep breath) “Kushner, Inc: Greed Power, Corruption, The Extraordinary Story of Jared Kushner and Ivanka Trump,” an investigative reporter and columnist who specializes in investigating the ever-popular, and uniquely American, intersection of power, money and corruption.

This is not her first rodeo in cable news.

Fox News and FBN signed her as a contributor in 2012, and she has also contributed to CNBC and Bloomberg in the past.