Chicago viewers, there’s just one month left to the WLS-produced 7 pm newscast that’s been on Weigel’s WCIU for the past four years. 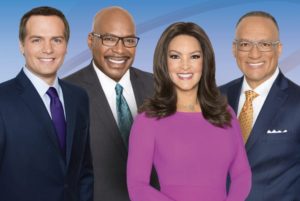 “ABC 7 Eyewitness News on The U” fronted by news anchors Cheryl Burton and Hosea Sanders, meteorologist Larry Mowry and sports anchor Jim Rose, will go away because of the new CW affiliation that WCIU has picked up.

It previously was an independent.

It’s described all around as an “amicable parting” even though ratings for the outsourced newscast never rose above lackluster at best.

But it apparently generated sufficient revenue to survive more than four years.

And that is the name of the game.