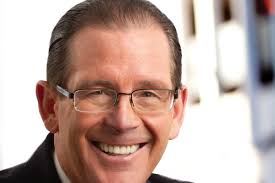 Brien Kennedy, who’d been the general manager for CBS O&O KYW in Philadelphia, has left the station after four years.

During that time, as you’ll learn in this story from the Philadelphia Business Journal, he employed three different news directors.

To no avail, by the way. The station is still mired at the back of the pack.

Before KYW, Brien was general manager for CBS owned stations in Minneapolis (WCCO) and Miami (WFOR).