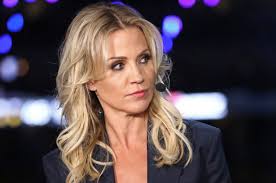 It wasn’t that long ago (two years to be exact) that Michelle Beadle was one of ESPN’s rising stars.

After being lured back to the mothership from NBC Sports, she was a co-host on the much-ballyhooed debut of the morning show, “Get Up!,” and she led ABC/ESPN’s premier NBA Finals show, “Countdown.”

She was yanked from “Get Up” just four months after its April 2018 debut.

More recently, she was dumped from “Countdown”

And now, according to the ‘New York Post,” she and the suits in Bristol are negotiating a buyout of her multi-year $5 million per contract. 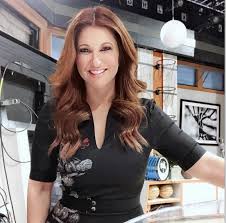 Her program, “The Jump,” has been a bright spot for ESPN and, as the thinking goes, she will likely be, at minimum, a co-host of “Countdown” when the dust settles.

As for Beadle, there will be a sliding scale to balance the amount of money she will receive with the freedom she will be granted upon her exit, according to sources.

The more money she leaves with, the less chance she has to quickly work someplace else. In any deal, there is expected to be a non-disparagement clause, meaning she will be unable to speak ill of ESPN if she wants to keep her money. There is no timetable for how long talks will take.

Golden parachutes come with a price.