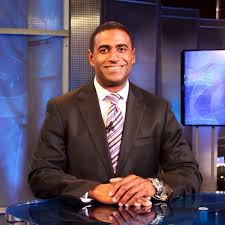 An unceremonious “buh-bye” to Derrick Young, out after eight years as morning traffic reporter at CBS-owned WBBM.

His swan song was on Tuesday, after a long run that began in 2011.

Young won an open-audition contest for traffic reporter while still a teacher and coach.

“I gave my heart and soul working for CBS 2 in my hometown of Chicago and it’s been a privilege,” he said. “I had eight great years full of wonderful experiences with co-workers, viewers and volunteers. Life is unpredictable, but I know the next phase will be better and more impactful.”

No comment from WBBM on whether his former position will be filled.

See what happens when you give up your heart and soul?