The name Stokes is a familiar one in Cleveland, OH and another generation of Stokes has now shown  up on the Cleveland airwaves. 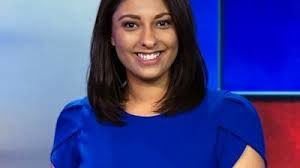 Alex Stokes is a new reporter at Tribune-soon-to-be-Nexstar-or-maybe-even-Fox’s WJW.

She is the granddaughter of Louis Stokes, the Cleveland civil rights leader and politician who served 15 terms in the United States House of Representatives.

And her mother is Lori Stokes, currently the co-anchor of “Good Day New York” at WNYW.

The younger Stokes interned at WJW before beginning her reporting career at WHNT in Huntsville, AL.