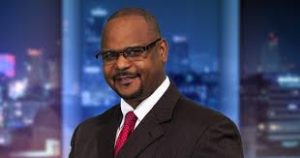 There’s been no official announcement and his station bio is still up, but reporter out of Kansas City, MO indicate that sportscaster Dee Jackson is no longer with Scripps’ KSHB.

Jackson, a K.C. native, joined the KSHB sports department in August 2013 and it’s been a bumpy road off and on since.

Jackson filed a discrimination lawsuit in 2018, claiming he was twice passed over for promotions to sports director.