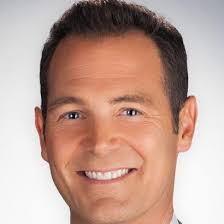 NBC-owned WMAQ in Chicago beefed up its weather effort by taking advantage of what appears to be an unsettled situation at CBS’s KPIX in the Bay Area.

Paul Deanno is leaving San Francisco and his chief meteorologist perch at KPIX this Friday after seven years to do the midday and 4 pm weather in Chicago.

“It has been a wonderful seven years living and working here,” Deanno told the Bay Area News Group. “But an opportunity that’s absolutely perfect for my career and for my family has come up… and we’re going for it.”

He’ll be the sixth meteorologist on the team at WMAQ when he stars on October 21.

Before San Francisco, Deanno worked at KOMO in Seattle, and WTVJ in Miami.

He’s leaving a hole at KPIX and we’re sure the “nationwide search” is on.