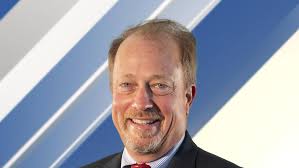 Less than two months after being shown the door at Scripps’ WKBW in Buffalo, Michael Nurse has found a new home in Dayton, OH

Oh, and by the way, he will also be overseeing Cunningham’s WRGT in the same market, Cunningham being a beard – no make that practically a shell company – for Sinclair.

Nurse was GM at WKBW for six years until early August of this year and had been with the station since 2002.

Nurse had been at WKBW Buffalo, N.Y., since 2002, most recently as general manager.

Prior to that, he held various GM and sales management positions, primarily in the Boston and Washington, D.C., areas.