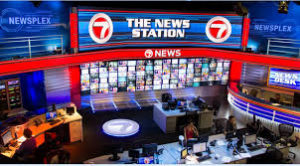 The 30-year Fox-Sunbeam marriage will continue as WSVN in Miami renewed its affiliation with Fox Television.

Sunbeam also owns WHDH in Boston, but the station and the network broke up in 2017.

WHDH now operates as an independent.
—

This coming Saturday, “Good Morning America Saturday” will double your fun by adding an additional hour, beginning at 8 AM Eastern..

Not everywhere mind you, but in 100 markets, including New York, Chicago and Philadelphia.

Every other ABC affiliate will come on board with the expanded program after  college football is over.