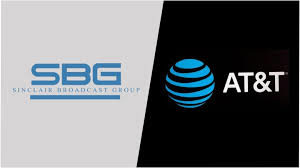 After an 11th-hour extension last Friday, Sinclair stations remained on AT&T‘s DirecTV platforms through at least the weekend and tensions seems to have eased, even as the talks go on.

Neither side is has anything to say, but a reading of the immediate tea leaves suggests that AT&T and Sinclair Broadcast Group may be heading toward a resolution that will give the broadcaster a retras deal without depriving DirecTV, AT&T TV Now and U-verse customers of its programming.

As of 10:30 p.m. on Saturday (Sept. 28), talks were still ongoing. But Sinclair removed messages warning of a blackout on the websites of its stations, and a website specifically set up for retrans spats — www.keepmycontent.com — merely stated: “Thank you for being a loyal Sinclair viewer. We continue to work with AT&T to maintain access to our programming.”

A blackout is still possible, but so far there are very good signs that a deal could be reached soon.

Sinclair said previously that 136 stations in 86 markets, as well as The Tennis Channel, could go dark to DirecTV, AT&T TV Now and U-verse customers across the country.

Pulling signals has been an effective tactic for broadcasters in past retrans negotiations, but AT&T has taken a hardline in recent talks.

Chances are that extensions will continue to be granted as talks move on.